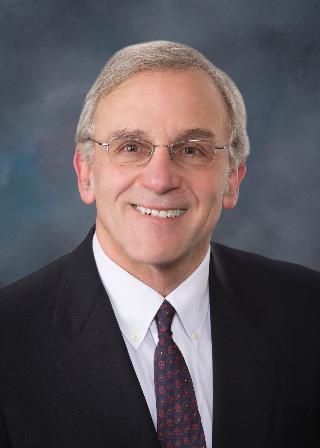 I hope you are aware of the problem our state faces in the contract for the Idaho Education Network. Idaho signed a contract for a statewide network that has been found void. This mess will take some sorting out by all the parties involved, their lawyers and ours. But we should not let this current mess keep us from seeing a clear path forward for the good of our state. I propose a short-term direction.

First, let me say that I have never heard any reluctance from legislators about supporting broadband for our schools. I know this contract limbo creates some uncertainty for schools reliant on IEN. I believe the Legislature sees the value of broadband for schools but the current mess makes sending money the same direction distasteful. The Legislature is a blunt instrument, and this surgery is delicate.

Second, we need to become eligible for federal E-rate support. E-rate is a federal program that helps fund broadband for schools and libraries. It comes from taxes levied on all phones. Here in Idaho, it used to pay for 75 percent of the cost of the broadband contract, but then the FCC cut off the money in March 2013 due to an Idaho Supreme Court decision. Long term, this means Idaho must negotiate a whole new contract and possibly design a different network.  This will take at least a year, and we can only get E-rate support for the following year if we get the applications and contracts done before the end of March. So delay costs.

But right now, actually, two months ago when Judge Owen in District Court declared the contract void, the Idaho Department of Administration (who runs the IEN) and the Idaho Department of Education should have been teaching and encouraging schools to apply for their own E-rate outside of the IEN. The timeline is ticking for this process and the delay has been damaging. There is still time.

Schools applied for E-rate before IEN was established and many (maybe half?) are applying for E-rate now for broadband they are getting outside of the IEN, so for many this will not be a difficult process. For some it will, and we as a Legislature, but primarily the Department of Administration and Education should be prepared to support those willing to make this effort to help Idaho save tax dollars. Such an effort could mean millions in savings that could be used to support our strapped schools. We should have the folks in place and the word out to support this. Fast, clear action now can still help our schools, our taxpayers.

There is much more to do to develop a design for how we want the next contract to work for us. But this urgent, short-term step is no commitment to a future direction; in fact, it creates space for whatever long-term direction we chose. I am committed to serving our schools with broadband since I believe it is a necessary utility for learning. We just need to do it right, which will take time. This step can and must be done quickly.

Sen. Dan Schmidt is a Democrat from North Idaho. He lives in Moscow. He earned a bachelors degree from Stanford University and a medical degree from the University of Washington. He served over 10 years as the Latah County Coroner before being elected to the Idaho Legislature in 2010.